When I was just a year old I had an infection in my right eye and lost the majority of sight in that eye. Five years later the same thing happened in my left eye. So my sight is now pretty rubbish.

I started skiing at this time and really got the bug and ended up being a little obsessive about it. I contacted the charity, Disability Snowsports UK and spoke to Sean Rose at the ski show in London 2010 and it snowballed from there on.

I was invited on to the British Disabled Ski Team Development Squad in 2011 and started racing in November 2012 with my Mum as my guide.

I now ski with my guide Brett Wild who has been released by The Royal Navy for the next 4 years. We communicate with each other using Sena Bluetooth technology so that I know what the conditions are like on the piste and if there any lumps, bumps and obstacles on the snow. 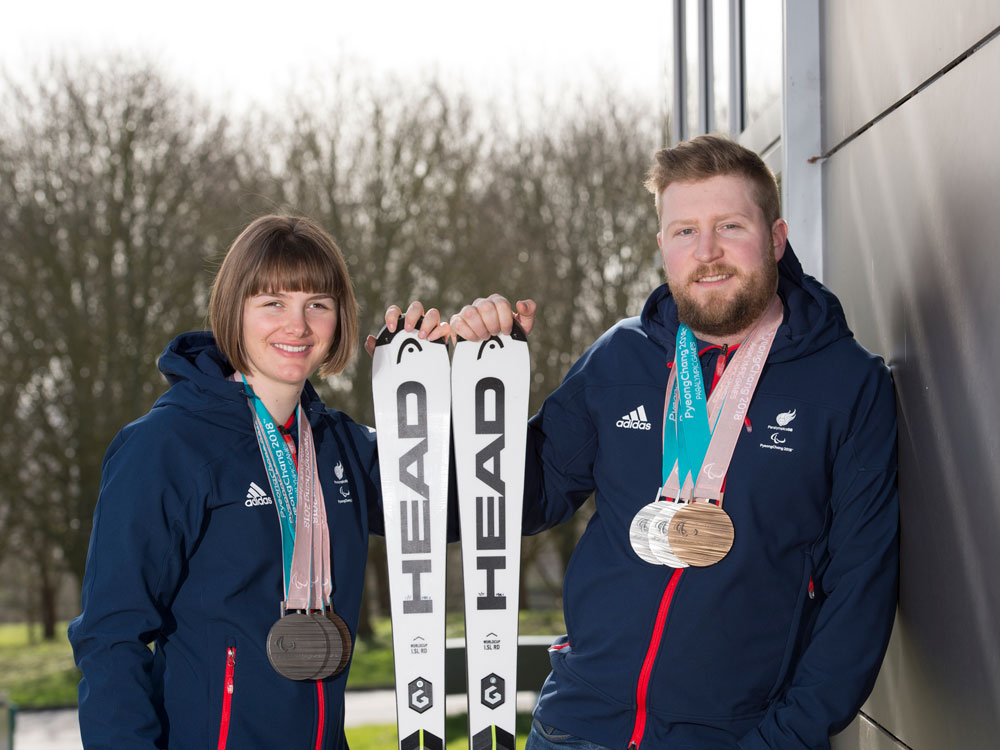 “When I was much younger I thought I had perfect vision because I didn’t know anything different. So I used to just follow people without even realising they were guiding me”

I have so much support from my Mum and friends, not to mention from my Team and all my coaches who have been so brilliant There are lots of other people who have been instrumental in my development as an athlete and a person.

My school, Kings School Canterbury, have been amazing, they have supported me in many aspects of my education and sporting life. It was quite difficult for me to juggle my GCSE’s and A’levels with skiing but they made it possible.

In September I will be studying Psychology  at Kent University. I have been involved with Kent Uni for many years as they have supported me in my Strength and Conditioning since I was 13. Their sports facilities are amazing.

“Over the last couple of years I have been lucky enough to receive funding from UK Sport and many local Sponsors in Kent. Get Kids Going have also helped me enormously towards my funding and their general support and encouragement is priceless. Thank you to all my sponsors and supporters – we won’t let you down”

“It may seem a long way off, but there will be a lot of hard work before the 2022 Winter Paralympics in Beijing but the preparations are already going well. Brett and I promise to work hard and enjoy every minute of it and make you proud of us.”